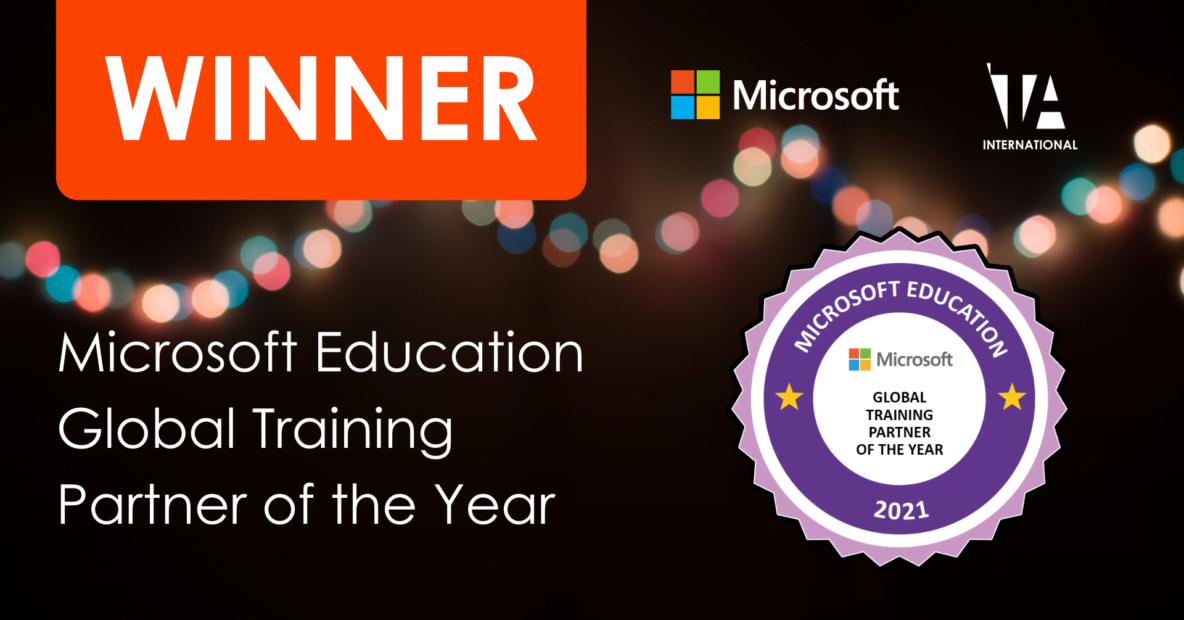 Once in a while, something unexpected happens which fills you not only with joy but also with pride. Monday, the 20th September this year was a day when such an event happened in the life of Tablet Academy.  At the Microsoft Global Training Partnership Summit, held of course virtually this year, when at the conclusion of an exceptional keynote Microsoft Vice … END_OF_DOCUMENT_TOKEN_TO_BE_REPLACED 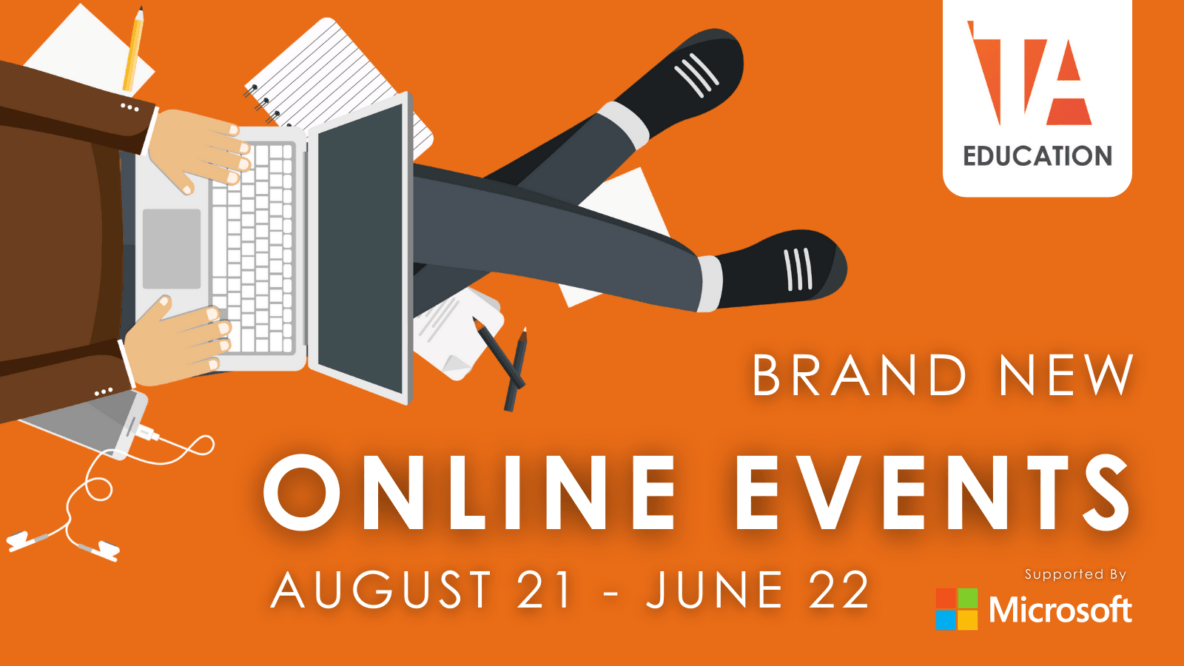 TA are back again with a brand new series of free online training events starting on the 15th of September 2021. This round includes events for admin/support staff, master classes for more experienced educators, and an opportunity to explore the new Microsoft Reading Progress tool. ABOUT THE SERIES With events running until June 2022, we have once again teamed up … END_OF_DOCUMENT_TOKEN_TO_BE_REPLACED 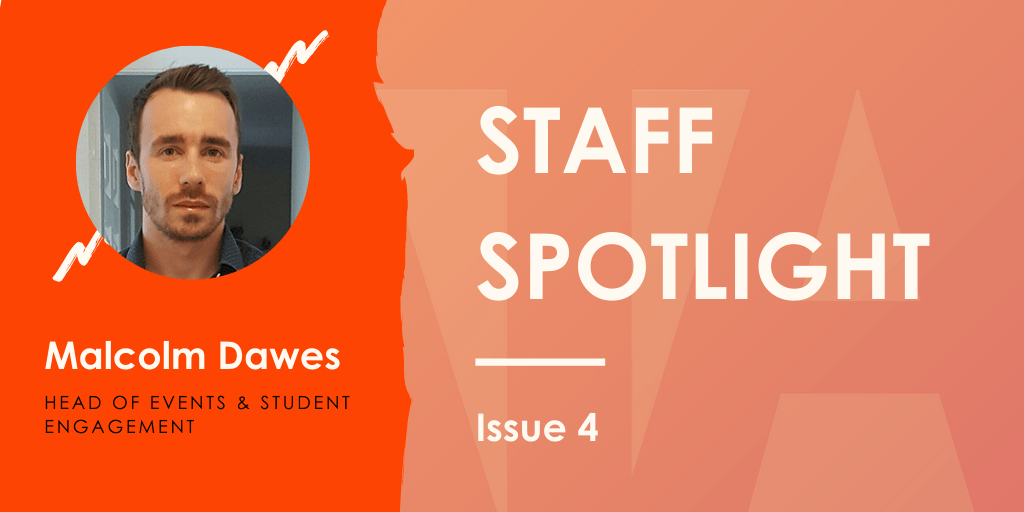 Get to know ‘Malc’ Malcolm Dawes is TA’s Head of Events and Student Engagement, dealing with schools and organisations to arrange training and events around educational technology. Even before joining the team, Malc was well-versed in all things TA. His former job at a local leisure centre was located in the same building as TA, and it was there that … END_OF_DOCUMENT_TOKEN_TO_BE_REPLACED 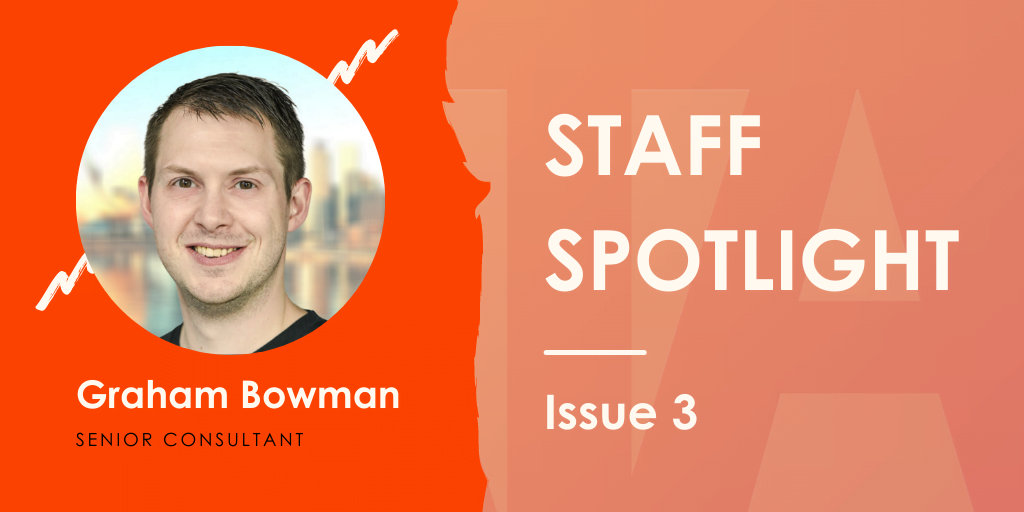 Get to know ‘Google Graham’ Graham Bowman is Head of Google for Education, VR and the Professional Learning Platform at Tablet Academy.  After a chance meeting at BETT (British Educational Training and Technology Show) in 2016, Graham was booked by Tablet Academy to deliver several workshops to students, whilst still working as a freelance trainer. Three years later, Graham became a full-time … END_OF_DOCUMENT_TOKEN_TO_BE_REPLACED 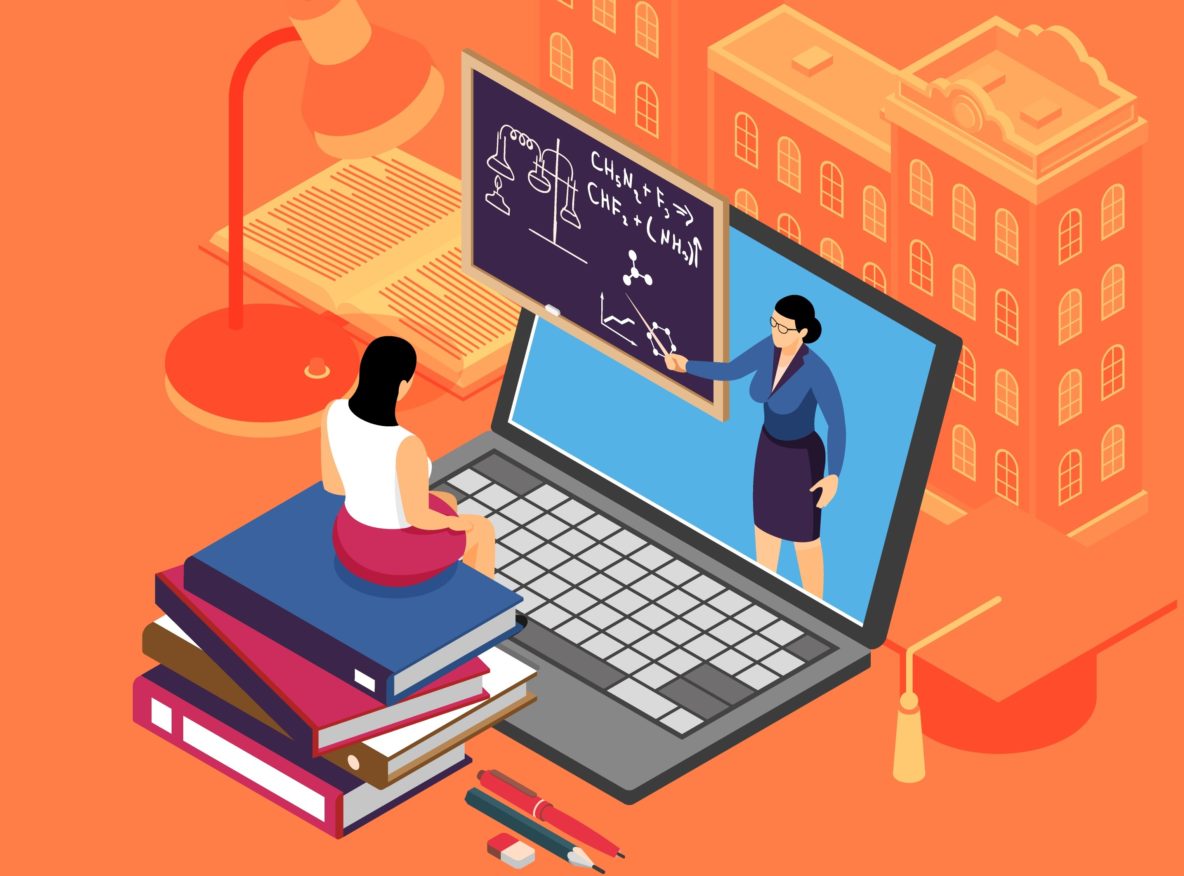 40,000 Teachers upskilled to teach using Microsoft Teams or Google Classroom during the Pandemic. Tablet Academy (TA) today announced that the company had reached a milestone in its training of teachers to use Microsoft Teams or Google Classroom to teach and support students learning remotely.   Over the past 12 months, education consultancy and teacher training company TA have trained over 40,000 teachers in the use of technology to support their … END_OF_DOCUMENT_TOKEN_TO_BE_REPLACED

TA has teamed up with Craftbot and the RAF Youth & STEM Team to provide 4 Secondary Schools with the chance to participate in a 3D printing challenge and win a Craftbot Plus Pro 3D Printer Bundle (worth £1,600). We are searching for enthusiastic and open-minded teachers, looking to inspire their students with the world of STEM and 3D printing. … END_OF_DOCUMENT_TOKEN_TO_BE_REPLACED 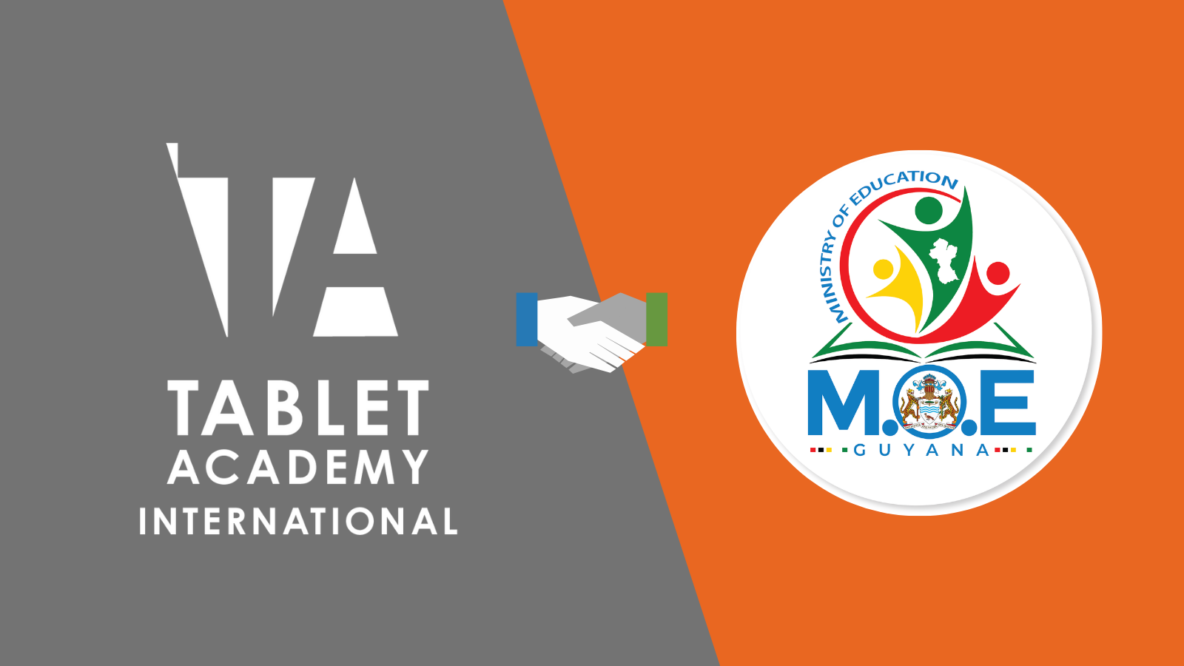 Tablet Academy International SL, a consulting and educational training company based in Fuerteventura (Canary Islands), has won a contract to support the Ministry of Education in Guyana. The contract consists of supporting the Ministry in the transformation of school education throughout the country through the provision of consulting and teacher training services. Tablet Academy International is the administrative headquarters of … END_OF_DOCUMENT_TOKEN_TO_BE_REPLACED 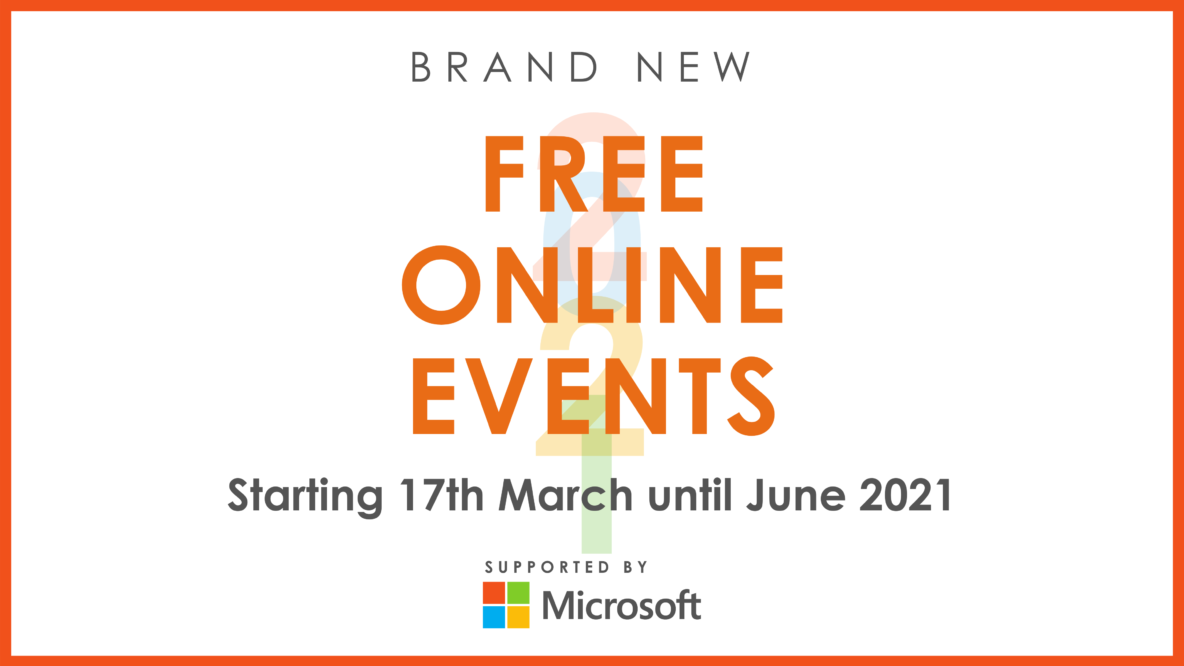 TA are back once again with a brand new series of free online training events starting on the 17th of March 2021, continuing to support institutions with Remote & Hybrid Learning. ABOUT THE SERIES With events running until June, ee have once again teamed up with Microsoft to deliver a series of events aimed at supporting school leaders and classroom … END_OF_DOCUMENT_TOKEN_TO_BE_REPLACED 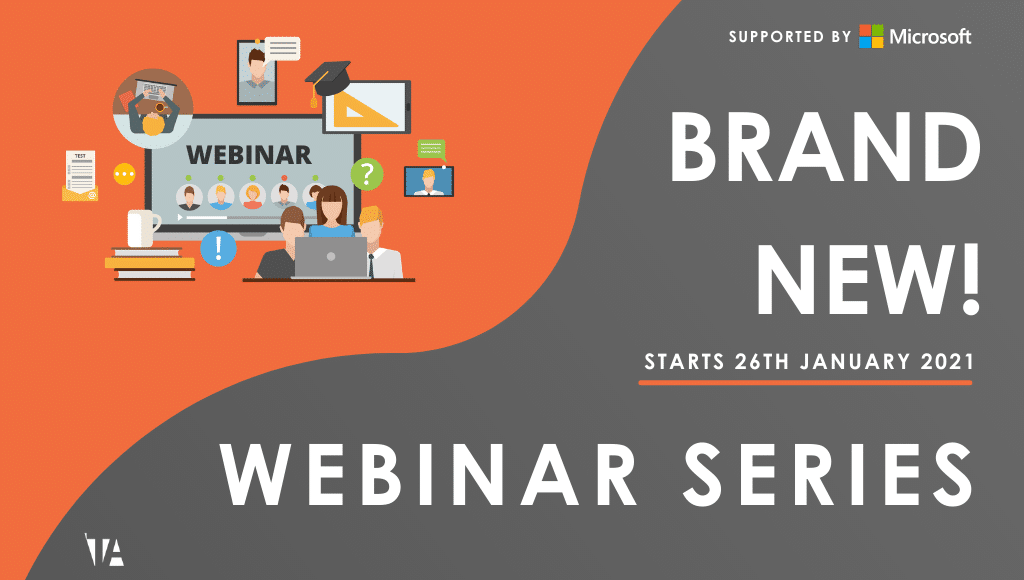 TA is continuing to support institutions with Remote & Hybrid Learning, providing a new series of free online training events starting on the 26th of January 2021. This January & February, you are invited to our FREE sessions to learn more about how your school, academy or Multi Academy Trust can do more with Teams, OneNote and Office. About The … END_OF_DOCUMENT_TOKEN_TO_BE_REPLACED 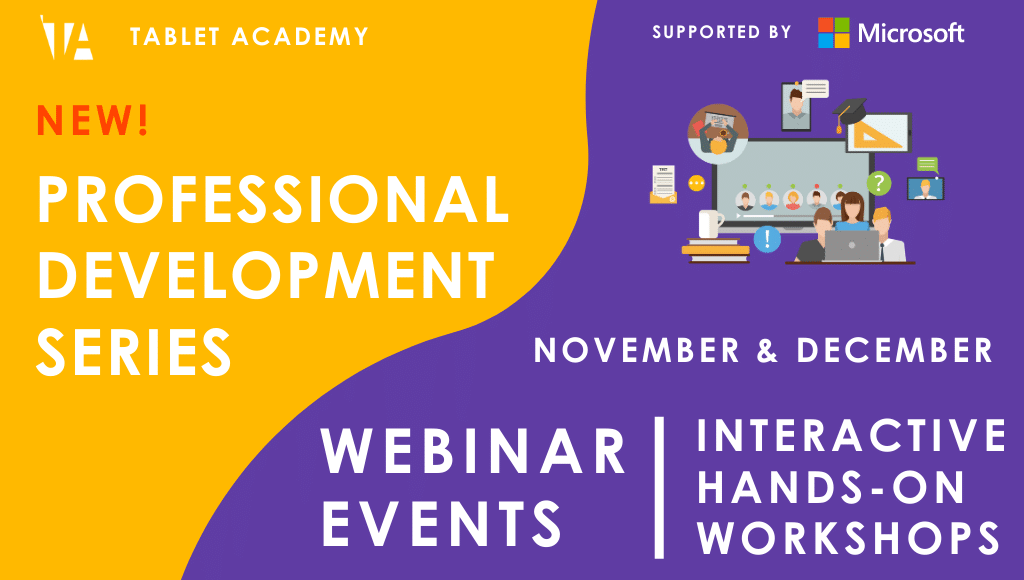 To help support you and your institution adapt to Remote Learning, we have a brand new series of online training events starting on the 26th of November From interactive workshops to webinars, our new series of free virtual events are aimed at educators and school leaders to support the use of Remote and Hybrid Learning using Microsoft tools. About The … END_OF_DOCUMENT_TOKEN_TO_BE_REPLACED